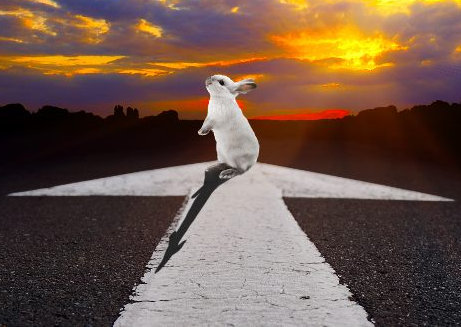 One of my favorite memories from childhood is the story about Br’er Fox and Br’er Rabbit, told by Uncle Remus. Over the years, this parable has served as a guidepost, both in the business world and in ministry. I think you might like it too.

Br’er Fox wanted to bring an end to Br’er Rabbit, so he set up a trap made of black tar. It was fashioned into the shape of a cute little baby, thus the phrase “tar baby.” When Br’er Rabbit came across this odd sight in the middle of the road, he thought the tar baby was being intentionally rude. The tar baby didn’t speak to him or even acknowledged his presence. Impulsively, he kicked it with his feet and grabbed it with his hands. Of course, he got stuck. The outcome was just what Br’er Fox had hoped would happen.

When Br’er Rabbit realized that he had been tricked by Br’er Fox, he quickly scrambled for a way to survive. So he pleaded, “You can kill me. You can eat me. But please don’t throw me into the briar patch.” The fox swallowed the proverbial hook, line and sinker, and tossed the rabbit into the thicket. Only when he saw the rabbit cleaning the tar out of his fur and prancing along on his merry way did he realize that he had been duped.

Br’er Rabbit survived because the Briar Patch was the place where he thrived.

There are several themes in this story that are common to the kind of experiences we’ve all had in life. Let’s be honest. You’ve faced a few foxes that were out to get you. There have been some traps set along your path, either by your enemies or those who played on their team. I’m sure you’ve even been deceived a time or two. And yet, you are still here. Now you’ve found your way into the BriarPatch. Congratulations!

Do you know what helps most when you are deep in the weeds trying to figure out a problem or struggling to come up with a solution? First, consulting with someone who’s already been there before. And secondly, someone who loves jumping into the briar patch with another human being. You see this type of reality in the Bible. It’s precisely why the relationship between Paul and Timothy worked so well. I can think of other examples too. David and Jonathan knew what it was like to land in the briar patch.

Bottom line… the name of our business means something to us. This makes it kind of Hebraic in a sense. Briar Patch Consulting is about helping businesses and churches thrive. You’ve probably already seen this on our homepage. Contact us and you’ll see it in action. No kidding!